The Deck Bar in Darwin is hosting two pie eating contests this Australia day. First is a competition to see who can eat a whole pie without using their hands.
www.competitiveeating.com.au/2012/01/page/2/

… Tam eating competition was no exception. Eight ladies indulged in the "straw challenge" as part of Australia Day celebrations at Winston Glades Tavern.

January 27, 2012 / by CompetitiveEating.com.au / in News
Read more
Everybody's laughing, except the animals

++++++ AT Tim's place on Australia Day they have the annual lamington eating competition. Every guest gets two lamingtons. On the slapping together of two …

A great turn out for the Yardbird Ale House Death Sentence Wing challenge. We had the challenge outside at the front of the Yardbird, with crowds filling up not only the Yardbird, but spilling over next door into “Hot Dog Style” and the car park.

Greg the head chef started out strong, with many pinning him as the favorite (insider knowledge!). Adam looked like he was going to take out the competition based on his stack of eaten wings, but Jared kept his cool, winning the competition by only 2 wings.

There was some controversy as second placed “Middo” was given a 3 wing penalty due to a noticeable amount of meat and skin being left on the wings. Prior to his wings being counted, Billy, Middo and Yardbird owner Luke publicly debated how many wings should be deducted from his total, and all agreed 3 was fair. He was the last person counted in the competition, and with the deduction he came in 2 wings short of first place! Middo showed great sportsmanship and humbly accepted his second place finish.

Warren “El Scorcho” Lees, a last minute entry was only 1 wing from third place, a fantastic effort for his first try at competitive eating. 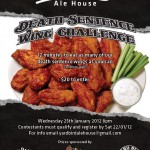 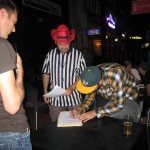 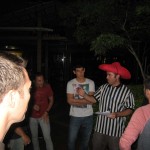 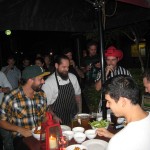 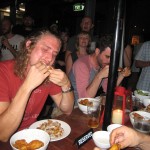 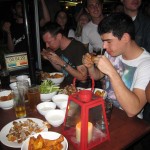 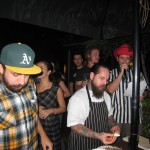 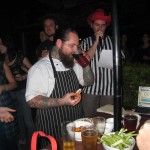 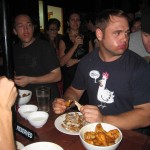 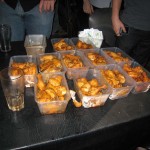 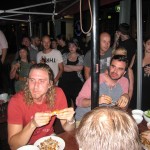 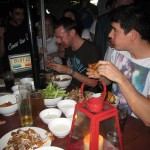 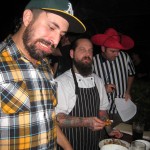 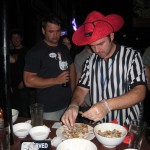 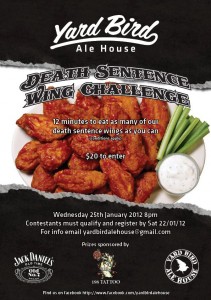 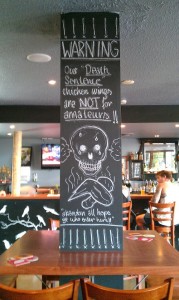 Contestants must qualify and register by Saturday 22 January 2012. Entry fee is $20 and must be paid prior to the event. For more details, email yardbirdalehouse@gmail.com, visit their facebook page at http://www.facebook.com/YardbirdAleHouse or leave a comment below this article.

The Jockey Club is going ahead as planned with the Australia Day activities, … there will be a thong-throwing competition and a pie-eating competition.

At the official Port Macquarie-Hastings Council Australia Day functions … and the now-famous pavlova eating competition will keep everyone laughing.

Gunalda Hotel has organised the Australia Day Challenge. Teams of six are invited to enter for $60 to win cash prizes throughout the day. The day will begin with an innings of wheelie bin cricket, followed by a pie-eating contest, crayfish races and a …
Read More »

January 21, 2012 / by CompetitiveEating.com.au / in News
Read more
Join us on Facebook